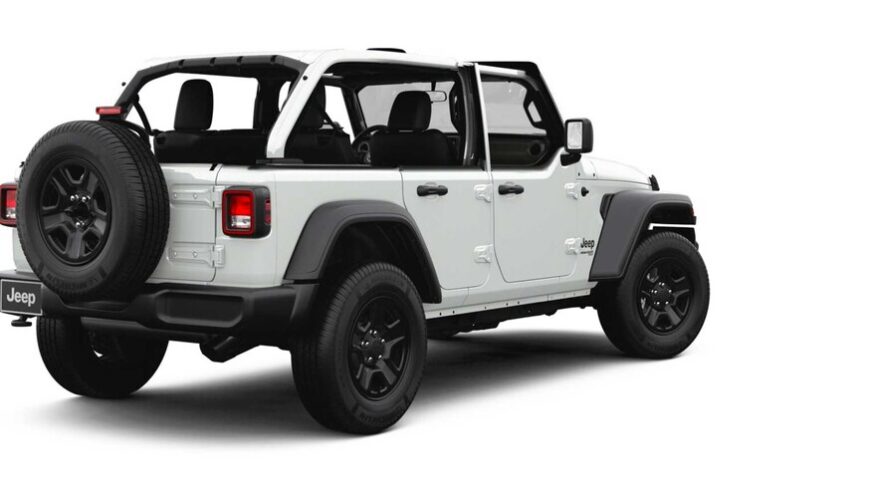 Just hearing the name Jeep conjures images of off-road adventure, and the 2021 Wrangler is likely the vehicle most people think of in that scenario. Its retro design harkens back to the World War II-era military vehicle, but the modern-day Wrangler offers an array of creature comforts and a range of sophisticated powertrains that the American GI's of WWII would have considered science fiction. Not only does today's Wrangler have niceties such as air conditioning and power-operated windows, it can be luxed up with leather upholstery, touchscreen infotainment with in-dash navigation, a Wi-Fi hot spot, and a power soft top. If the standard model's two-door body style doesn't provide enough room for you and your adventure-seeking pals, the Unlimited four-door models should solve that problem. Wranglers are the only vehicles with removable roofs and doors—a feature that will no longer be unique once until the Ford Bronco hits the market.

The big news for the 2021 Wrangler is the introduction of two new powertrains: The plug-in hybrid 4xe and the fire-breathing, 470-hp V-8 in the new Rubicon 392. The electrified setup pairs a turbocharged four-cylinder with an electric motor for a stout 375-hp combined output. In addition to the extra electric power, the 4xe powertrain is also set to deliver up to 25 miles of electric-only driving and a claimed zero-to-60-mph time of 6.0 seconds. The 4xe system will be available only on four-door Unlimited models, and the battery pack's positioning under the rear seat allows the plug-in Wrangler to retain the same ground clearance and capability as nonhybrid models. The Rubicon 392 is the ultimate Wrangler and rides on 33-inch tires and comes with all of the Wrangler's best off-road gear; Jeep says it's capable of hitting 60 mph in 4.5 seconds. Elsewhere, an 80th Anniversary Edition joins the lineup as does a cheeky Islander model which comes with a beach-themed exterior appearance package and "Jeep Tiki" hood decal. The base Sport model can be had with a two-speed transfer case, the Rubicon trim receives an optional Rock-Track four-wheel drive system, and a TrailCam exterior camera system is now available on models equipped with the larger 8.4-inch infotainment display.

We like the idea of staying close to the Wrangler’s simple roots while keeping the price towards the low end of the range, so we’d start with the two-door Wrangler—which comes standard with a removable cloth top. But we don’t want to go full World War II barebones, so we’d opt for the Wrangler Sport S for its extra equipment, which includes air conditioning, a leather-covered steering wheel, power windows and locks, automatic headlamps, heated mirrors, and more. Beyond that we’d spec the 270-hp 2.0-liter turbocharged four-cylinder for its 295 lb-ft of torque —35 lb-ft more than the standard V-6. The four-cylinder also comes standard with an eight-speed automatic, a powertrain combination that should make for low-stress trail driving. We’d also opt for the Technology package for its larger 7.0-inch touchscreen and Android Auto and Apple CarPlay capability.

Engine, Transmission, and Performance
The standard 285-hp 3.6-liter V-6 from the previous-generation Wrangler makes its way under the hood of the new JL and can be paired with a six-speed manual gearbox or a smooth-shifting eight-speed automatic. A turbocharged four-cylinder engine is optional and teams up with an electric motor to provide additional low-end power. In addition to the standard V-6 and optional four-cylinder hybrid, the Wrangler can also be equipped with a 3.6-liter V-6 with similar hybrid-assist, a 3.0-liter diesel V-6; a new, 375-hp plug-in hybrid 4xe powertrain and a 6.4-liter V-8 are also available. Wranglers are born off-road ready, so part-time four-wheel drive is standard across the range and is controlled by a lever on the center console. In our testing, a base two-door Wrangler Sport with the V-6 and the six-speed manual transmission sprinted from zero to 60 mph in 6.1 seconds; a well-equipped four-door Sahara model with the automatic transmission did the deed in 6.8 seconds. With the four-cylinder hybrid powertrain, the four-door Sahara was slightly quicker at 6.5 seconds to 60 mph. The Rubicon model—which carries additional weight in the form of heavier-duty off-roading equipment—isn't as quick. Performance at our test track shows that the Wrangler JL is much improved compared with the previous model, but it's merely holding steady with its rivals in some metrics. Although its handling has improved, it's still trucklike in comparison with today's refined SUVs and pickups. The ride in the four-door is acceptably smooth over rough surfaces, but braking distances were inconsistent between our two test vehicles.

Range, Charging, and Battery Life
If the idea of tackling trails under electric-only power is appealing to you, then the 4xe powertrain is the obvious choice. The 17.0-kWh battery pack is said to provide up to 25 miles of electric-only driving, but Jeep says that's enough for a few hours of low-speed off-roading. When the battery runs out, the turbocharged four-cylinder is capable of driving all four wheels like a normal Wrangler, so you needn't be concerned about being stranded without a charge.

Fuel Economy and Real-World MPG
In this segment of gas guzzlers, it doesn't take much to be at the top of the class. The new Wrangler's EPA fuel-economy estimates put it ahead of rivals such as the Chevrolet Colorado ZR2 and the Toyota 4Runner. The most fuel-efficient version features the diesel engine that tops out at 22 mpg city and 29 highway. The V-6–powered four-door Wrangler Sahara returned a 20-mpg result on our 75-mph highway fuel-economy route, 3 mpg fewer than its EPA rating for highway fuel economy. The turbocharged four-cylinder hybrid model fared much better, delivering 26 mpg—2 mpg more than expected.

Interior, Comfort, and Cargo
It's not the most spacious or accommodating SUV available, but the Wrangler provides a seamless blend of vintage and modern Jeep character. A commanding view of the road—or trail—makes for easy maneuverability, but the view rearward is obscured by thick roof pillars, roll bars, and various grab handles. Need a better view? Just pop the top and remove the doors. Seated close to the upright windshield, the driver and front-seat passenger face a narrow, squared-off dashboard punctuated by round air vents and chunky switchgear for the climate-control system, power windows (if equipped), and infotainment. As an errand runner, the Wrangler offers enough room for groceries and gear, but be aware that its rear seats don't fold flush with the floor. As you might expect, there's a significant cargo-hauling trade-off for going with the classic two-door Wrangler versus the larger Unlimited four-door model. Fitting just two of our carry-on cases behind the two-door's back seat—versus 10 for the four-door—means packing light if you're adventuring with friends.

Infotainment and Connectivity
A Wrangler can be outfitted with only the essentials or can be loaded up with modern infotainment goodies. Its infotainment interface—called Uconnect—is easy to use, quick to respond, and can be displayed on a touchscreen available in three different sizes. Apple Car Play and Android Auto are both optional, as is navigation and a nine-speaker Alpine audio system.

The Wrangler JL has not yet been rated by the National Highway Transportation Administration (NHTSA), and it was not named a Top Safety Pick by the Insurance Institute for Highway Safety (IIHS), so we are unable to speak to its crashworthiness. To make matters worse, Jeep offers only a handful of optional driver-assistance features but none of the high-tech equipment that we expect to see on vehicles with price tags stretching into the $40,000-plus and $50,000-plus ranges. Key safety features include:

Jeep doesn't give Wrangler buyers much to get excited about in terms of warranty, with a standard package that includes limited warranty and powertrain policies that toe the same line as its rivals. However, all 2021 models do come with three years of free maintenance. 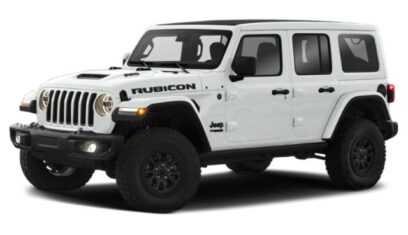