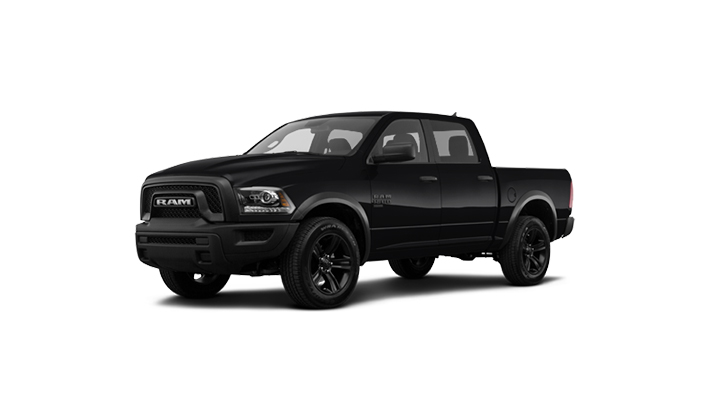 The 2021 Ram 1500 isn't the best pickup truck because it has the most "best-in-class" accolades but because it raises expectations for the entire breed. Pickups were once judged based on ruggedness rather than refinement. No longer. And this latest Ram, with its luxury-grade interior and cushy ride quality, easily exceeds even the fanciest versions of the Chevy Silverado 1500, GMC Sierra 1500, and Ford F-150. Its innovative air suspension, built-in cargo-bed bins, split-folding tailgate, and giant 12.0-inch touchscreen are all options not offered on its rivals. Along with a frugal and torque-rich diesel six-cylinder engine, the Ram enhances its standard V-6 and optional Hemi V-8 with hybrid systems. They contribute to the pickup's contemporary vibe, which is also bolstered by its extensive technology and myriad capabilities—which makes the Ram an easy pick for our 2021 10Best list as well as an Editors' Choice award.

Not only has the debut of the Hellcat-powered Ram 1500 TRX, which we review separately, made Ram's 2021 half-ton lineup more interesting, it also signals the introduction of some cool new options for the less-extreme models. These include a newly available head-up display, a fully digital rearview mirror, a feature that controls the truck's steering when backing up to a trailer, and Off-Road pages contained in the infotainment system that show ride height, pitch-and-roll monitoring, and transfer-case mode. Along with some improved trailer-specific features, the addition of pedestrian detection to the Advanced Safety package, and expanded availability of forward-collision warning, there's a special Limited Longhorn 10th Anniversary Edition. It includes a plethora of exclusive badging inside and out as well as a Mountain Brown interior with unique trim pieces.

Although the arrival of the insane TRX diminishes the desirability of the Rebel, we still think it's the half-ton Ram to get. We'd opt for the crew cab with four-wheel drive, which costs $3500 more than the rear-drive version. While the standard V-6 is serviceable, we prefer the extra power and sexy rumble that the $1495 Hemi V-8 provides. We'd also choose the air suspension for its selectable ride height. Since it requires either the Level 1 or Level 2 package, we think the latter's roster of remote start, 115-volt power outlet, front and rear parking sensors, power-adjustable pedals, passive hands-free entry, and more make it the one to get. We'd also nab the 33-gallon fuel tank that will enable fewer fill-ups during road trips than the standard 26-gallon tank. The only other options we'd recommend are the Safety and Convenience package (adaptive cruise, automatic high-beams, lane-keep assist) and the Multifunction Tailgate that also brings a spray-in bedliner.

Engine, Transmission, and Performance
Among its many trim levels, there are V-6 and V-8 gasoline powertrains that all pair with a smooth-shifting eight-speed automatic transmission. Both engines are assisted by a 48-volt hybrid system, though the 5.7-liter Hemi V-8 can also be had without the electric support. We've driven a couple models with the latter and appreciated the engine's baritone exhaust note and expeditious acceleration. We've also driven Rams with the diesel 3.0-liter V-6 (called EcoDiesel) that develops 480 lb-ft of torque, which is more than similar diesel engines on half-ton pickups from Chevy and Ford. The oil-burning six-cylinder is slower than the Hemi, but it's refined for a diesel and delivers better fuel economy. For adventurous folk, rugged Rebel model provides beefier looks and legitimate off-road capability. Every Ram 1500 has an impressive ride thanks to a rear suspension that uses standard coil springs or optional air springs, unlike the traditional leaf-spring setup found on domestic rivals. Models equipped with the air suspension even have adjustable ride heights that aid fuel efficiency and off-road ability. Its light steering and strong brakes provide relaxed cruising and confident stops, too.

Towing and Payload Capacity
The Ram 1500 can tow up to 12,750 pounds and carry a payload of up to 2320 pounds. Its max towing capacity exceeds all but the Ford F-150, which currently exceeds 13,000 pounds. Rams with the crew cab—including the Rebel model—can't tow as much as the extended Quad Cab model but still exceed 11,500 pounds.

Fuel Economy and Real-World MPG
With hybridized V-6 and V-8 engines as well as a diesel option, the Ram 1500 lineup has varied fuel economy. The EPA estimates that the most efficient V-6 Ram will earn up to 20 mpg city and 26 mpg highway, while the V-8 version is rated up to 17 mpg city and 23 mpg highway. The government estimates diesel-powered Rams will get up to 22 mpg city and 32 highway; those numbers are slightly lower with all-wheel drive. The Rebel we tested earned 24 mpg highway on our 75-mph real-world fuel-economy route, which is part of our extensive testing regimen. That's 6 mpg better than the gas-only V-8 Rebel and 4 mpg better than the nonhybrid V-8 Laramie we tested.

Interior, Comfort, and Cargo
Inside, the Ram 1500 has supremely functional cubby stowage and cavernous passenger space. Higher trims add upscale materials and creature comforts that make the Ram feel more like a luxury vehicle than a pickup truck. Most models can be equipped with upscale features such as heated and ventilated seats and a panoramic sunroof, while the fanciest versions have premium leather surfaces and genuine wood accents. As with most full-size pickup trucks, the Ram 1500's crew cab is supremely spacious. It also has vast amounts of interior storage and a unique split-folding tailgate. Both the five-foot-seven-inch and six-foot-four-inch cargo beds are available, but the extended Quad Cab only pairs with the latter.

Infotainment and Connectivity
Ram trucks have had one of the best infotainment systems and connectivity features in the class for a while. That continues on the latest trucks, with a responsive 8.4-inch or massive optional 12.0-inch touchscreen that is available on all but the base Ram model. Too bad we experienced a lot of glitches with the huge display during the course of our 40,000-mile long-term test. The systems boast numerous power points as well as Apple CarPlay, Android Auto, and a mobile hotspot. Thankfully, even the largest screen has physical knobs and hard buttons that complement the touch points.

The 2021 Ram 1500 earned a five-star crash-test rating from the National Highway Traffic Safety Administration (NHTSA), but the last version that was evaluated by the Insurance Institute for Highway Safety (IIHS) wasn't named a Top Safety Pick. The pickup also has a host of available driver-assistance technology that ranges from automated emergency braking to lane-keeping assist. Key safety features include:

Ram has a competitive limited and powertrain warranty that is only eclipsed by the Nissan Titan's lengthier coverage. Likewise, the half-ton Sierra and Silverado as well as the Toyota Tundra offer complimentary scheduled maintenance. 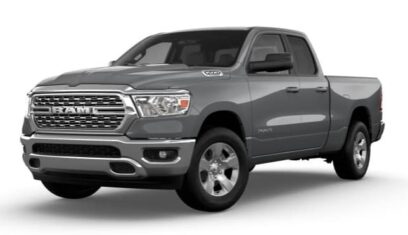