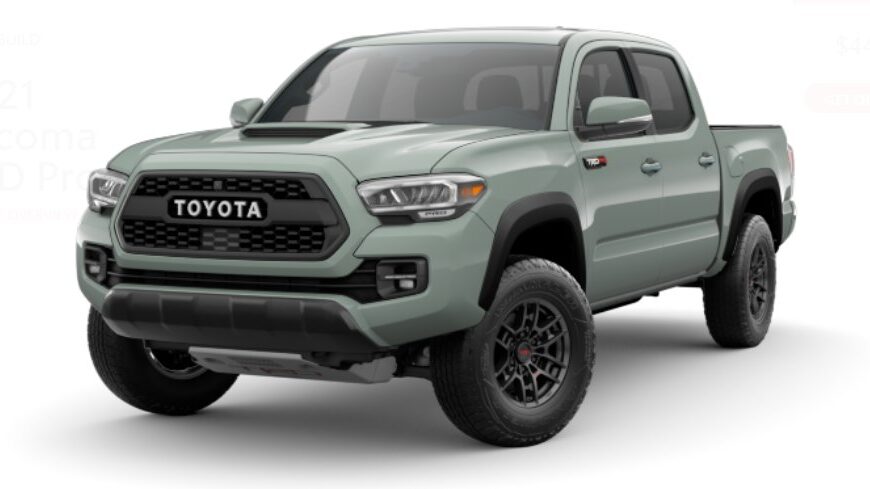 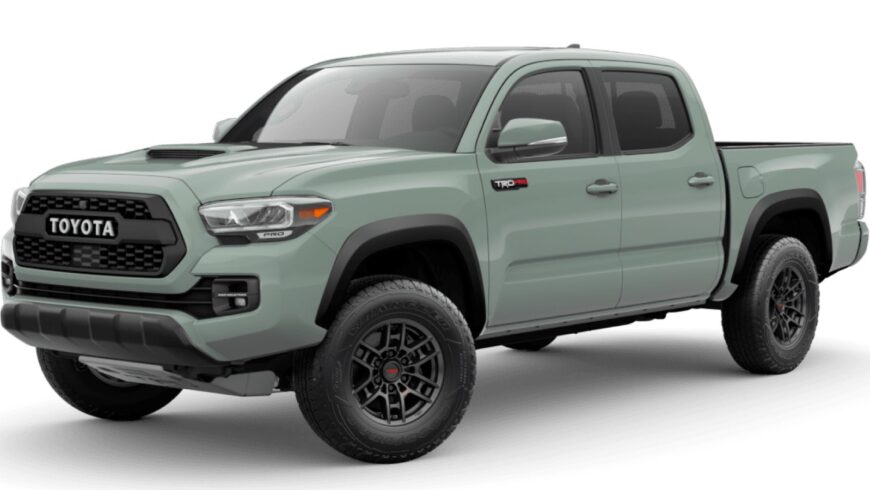 The 2022 Toyota Tacoma is terrific for work duties and fantastic for off-roading, but its small interior and driving manners are less refined than most other mid-size pickups. While it's the only one that still offers a manual transmission, its anemic four-cylinder and 270-hp V-6 deliver unremarkable performance; a six-speed automatic is optional but isn't particularly refined. At least the Tacoma is backed by Toyota's storied reliability, and its off-road-optimized models are especially capable. It flourishes in the mud and on the trails, with a flexible suspension and rugged equipment that help preserve its reputation alongside legends such as the Jeep Wrangler and now its pickup counterpart, the Gladiator. The 2022 Tacoma isn't as customizable as the Jeeps, and it doesn't drive as well as the Chevy Colorado and GMC Canyon, but the Taco is tough and packed with standard driver-assistance tech.

Lifted Tacoma models get jacked up even higher for the 2022 model year. The Trail Edition and TRD Pro both now sit a half-inch taller in the back and 1.1 and 1.5 inches taller, respectively, up front. The height advantage gives each truck better approach, breakover, and departure angles that make crawling over uneven terrain easier than before. The TRD Pro adds a wild-looking and exclusive Electric Lime paint color, too, and the Trail Edition can now be coated in Lunar Rock (previously limited to TRD Pro models). Highlighting the Trail Edition's visual updates are bronze 16-inch rims as well as bronze lettering in its grille. The TRD Pro is now further distinguished by a debossed "TRD Pro" logo on its rear bedsides and there are also new hood graphics.

Toyota hasn't released pricing for the 2022 Tacoma, but that'll likely be announced closer to the truck's on sale date at the end of this summer. Since we expect only a minor increase in how much each trim will cost, we can still recommend the TRD Off-Road crew cab (a.k.a. Double Cab). It comes standard with an electronic locking rear differential, and we'd take ours with the optional four-wheel drive. We’d pass on the wheezy four-cylinder base engine and upgrade to the more powerful V-6 option. While not selecting the automatic transmission means missing out on certain options, we prefer to shift gears ourselves and avoid the auto's clumsy behavior. This decision limits us to the shorter 5.0-foot cargo box, because—for whatever reason—the manual isn't compatible with Tacos fitted with the 6.0-foot bed. Likewise, the Premium packages are not offered with our transmission choice. Still, every model has 16-inch wheels, black over-fenders, copious driver assists, and an infotainment system with Apple CarPlay, Android Auto, and a subscription-based Wi-Fi hotspot. We'd also choose the Technology package with options, which brings upgraded front lighting with LED elements as well as blind-spot monitoring, rear cross-traffic alert, and parking sensors.

Engine, Transmission, and Performance
The Tacoma's optional V-6 engine provides decent performance and towing muscle, but the base four-cylinder is underpowered and best avoided. We also advise steering clear of the persnickety six-speed automatic transmission with either engine—stick with the six-speed manual and the V-6. Anchored by the automatic, the bigger engine struggles at times. The TRD Sport and the Limited models are oriented toward city driving, whereas the TRD Off-Road and the TRD Pro versions seek rougher paths. Still, none of these choices are particularly quick. Far from the first choice for ride quality and handling, the Tacoma can tackle the trails or rough back roads with ease. It can be outfitted to take advantage of dirt-treading opportunities or pavement cruising. The Limited delivers a satisfying ride that is smoother and quieter than the off-road versions. We've driven the Tacoma TRD Pro out west and found its lifted suspension, beefy shock absorbers, and gnarly tires made it one of the best trucks for off-roading but less enjoyable for everyday driving.
Towing and Payload Capacity
At its brawniest, the Tacoma can tow up to 6800 pounds with rear-wheel drive; four-wheel-drive versions can pull 6500 pounds. The Tacoma's 1685-pound maximum payload capacity is only available on two-wheel drive models with the four-cylinder engine, going with four-wheel drive and the V-6 engine results in much lower capabilities.
Fuel Economy and Real-World MPG
The V-6 Tacoma's EPA-rated fuel economy ranks in the middle of the pack, but in our real-world highway testing, it falls short of more efficient competitors. Although the manual transmission with the V-6 has the worst fuel economy, it's way more fun to drive. In our real-world fuel-economy test, the Tacoma matched its EPA highway estimate of 23 mpg. Still, this was 5 mpg less than the Honda Ridgeline and the diesel GMC Canyon. For more information about the Tacoma's fuel economy, visit the EPA's website.
Interior, Comfort, and Cargo
Sticking to your roots is commendable, but it doesn't work in the favor of the Tacoma's cabin. The utilitarian layout and materials are of a different era. The higher trim levels rely heavily on hard plastics and minimalistic materials. However, the Tacoma finally offers a power-adjustable driver's seat. Still, cramped quarters are a staple of the Tacoma. The crew cab's rear seat is where passengers in the Tacoma will have to squeeze, as legroom is abysmal. The Tacoma has more than enough volume in its five-foot or six-foot bed, but it disappoints with few storage cubbies and limited carry-on space inside. Storage capacity is restricted inside the Tacoma, and the crew cab we tested was only able to hold nine carry-ons in the back seat. Aside from the center-console bin, there aren't many usable storage bins or cubbies.
Infotainment and Connectivity
We'll give Toyota a nod for incorporating touchscreen infotainment in every Tacoma. The base model features a 7.0-inch display, and all other trim levels have an 8.0-inch screen. The company also has finally added Apple CarPlay and Android Auto compatibility, which should improve the user experience versus the previous infotainment system. While several USB ports and a wireless charging are available, the Tacoma still doesn't offer a mobile hotspot as do some of its rivals.
Safety and Driver-Assistance Features

The Tacoma might have only average crash-test ratings, but it has the most standard driver-assistance technology in its class. While the Ridgeline maintains its class-leading status here (thanks to excellent crash-test scores), the mid-size Toyota has more impressive tech than its other rivals. For more information about the Tacoma's crash-test results, visit the National Highway Traffic Safety Administration (NHTSA) and Insurance Institute for Highway Safety (IIHS) websites. Key safety features include:

The Tacoma's warranty coverage aligns with most rivals, and Toyota offers the best complimentary scheduled maintenance plan in its class.